HomeKitchensMaximise Space in a Smaller Kitchen 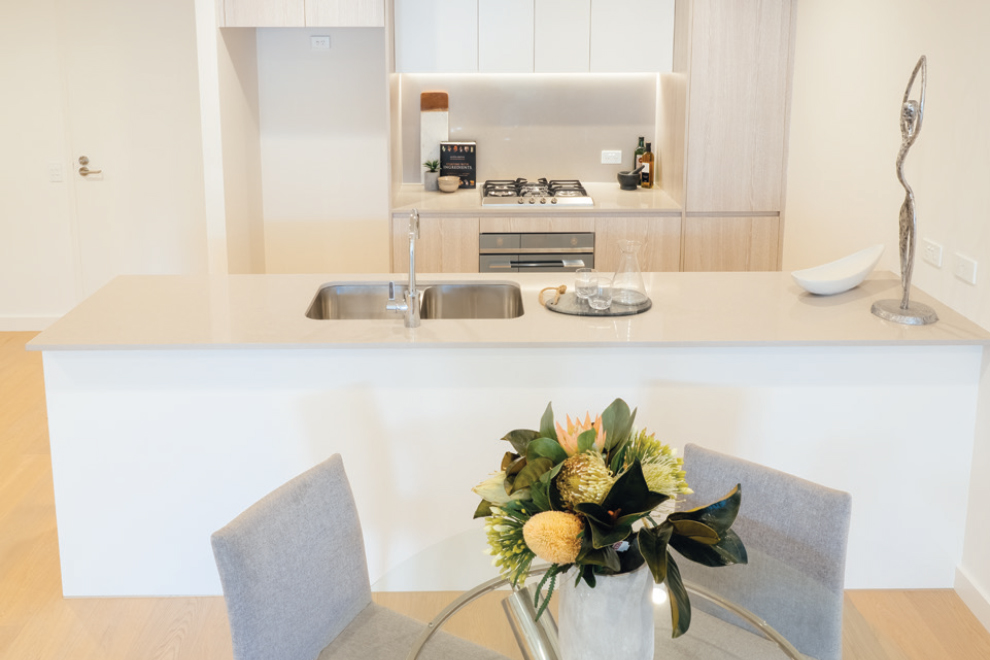 Maximise Space in a Smaller Kitchen

While you may dream of lofty, light-filled mansions, you’re stuck with a cramped, claustrophobic apartment – right? Not so much. You have several clever tricks at your disposal that can make your tiny kitchen feel a whole lot larger, warmer and more welcoming. Here, we’ll run you through an interior designer’s toolkit for maximising your use of space in your smaller kitchen.

Choosing light neutrals like white, grey and beige give the illusion of space, while darker, moodier shades draw the walls in closer together. Apply this rule when you’re choosing paint colours for your wall, and shades for your benchtop, cupboard doors and light fittings. Look for pale hardwood, light coloured stone and faint soft furnishings that won’t dominate the space. 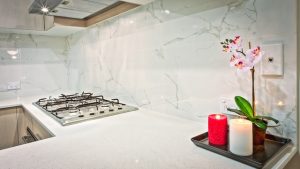 Light materials help to create the illusion of space

Speaking of light, the more of it that you let in your kitchen, the larger the room will feel. If you have curtains, open them up to let natural daylight flood in; otherwise install a mix of pendant lights, wall-mounted sconces and lamps with design-friendly shades to light up your kitchen from all angles.

When you’re renovating and you have the space for windows, bigger is always better. Not only will bigger windows let more light enter the room, but you’ll be able to see more of the outside world. This gives the illusion that your kitchen is neverending – and gives you something more visually appealing than a blank, white wall.

Avoid over cluttering your benchtops, don’t pin too much to your fridge, and leave ‘white space’ in your kitchen’s layout. (That is to say, don’t cram too many benches, accessories or light shades into one location.) Less is always more, and having one large artwork hanging on the wall gives you more space to breathe than several smaller ones.

That said, a kitchen that’s too minimal may feel sparse and unfinished rather than sleek and modern. Strike the right balance and you’ll end up with a carefully considered kitchen that looks larger than it really is.

Other ways to achieve minimalism: 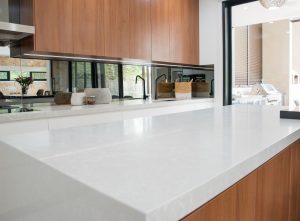 While we’re on the topic of minimalism, one key way to achieve this look is by integrating appliances, cupboards and accessories into the kitchen design itself. Rather than have your fridge on display, have it behind a custom-fitted cupboard door that matches your other surfaces. Instead of keeping your appliances on the countertop, store them under a counter or in a butler’s pantry for a fuss-free finish.

In a smaller space, choose slimline dishwashers, fridges and sinks to really make the most of your kitchen space. Especially if you have a small family or only live with a couple of people, you probably have no need for an extra-wide dishwasher or bulky double sink. Choose the slimmer versions of the appliances you need, and you can use the newfound space for something else. 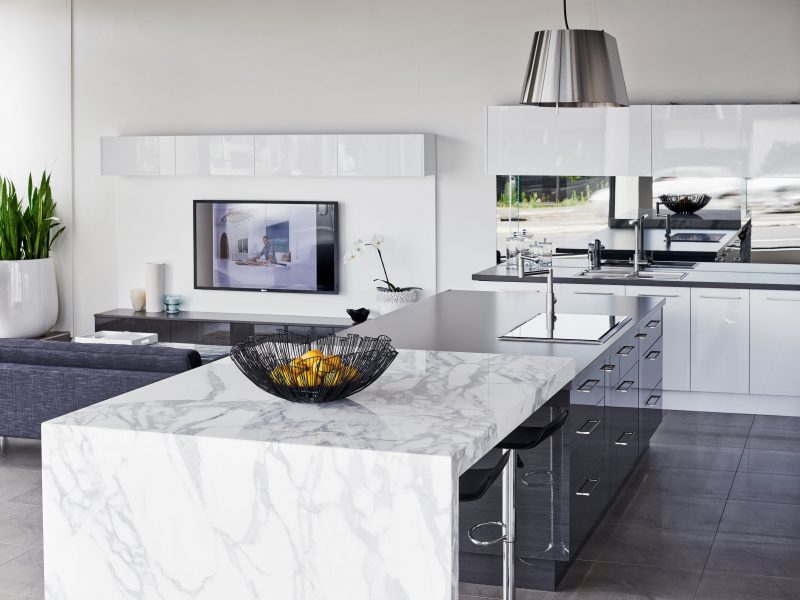 How a New Kitchen Layout Can Change Your Lifestyle 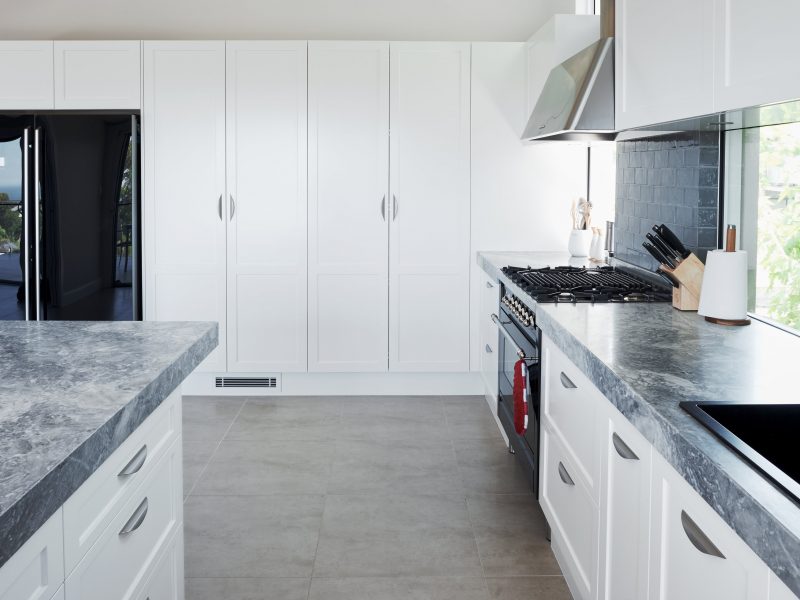 The Kitchen Habits We’re Sticking to in 2020 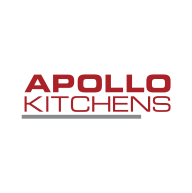